Potomac Riverkeeper, Inc. was established in 2000 by principals of local environmental groups to fulfill a niche for a strong advocate to enforce clean water laws for the Potomac River and its tributaries. Riverkeepers are the eyes and ears of the water, protecting the public’s right to clean water in their rivers and streams. Encompassing the skills of scientists, teachers, law officers, fishermen and paddlers, Riverkeepers combine a profound knowledge of their waterway, matched with a relentless commitment to protecting your rights and the rule of law.

The work of Potomac Riverkeeper Network spans the entire almost 15,000 square mile watershed which flows through four states (Virginia, Maryland, West Virginia and Pennsylvania) and the District of Columbia and into the Chesapeake Bay. The one exception is the Anacostia watershed, which has a separate Riverkeeper program. PRKN programs and activities benefit all 5.35 million residents of the Potomac watershed, 75% of whom live in the greater DC metropolitan area, by improving the quality of the water they drink, recreate on and in, and use in their daily lives.

The principal threats to water quality include nutrients, sediment, bacteria, toxics, and endocrine disruptors. The Potomac River supplies 25% of the fresh water to the Chesapeake Bay. Twenty-five percent of the Bay’s nutrient pollution and 34 percent of its sediment pollution come from the Potomac River. The frequent fish consumption advisories, annual fish kills, intersex fish, swimming prohibitions, and the impaired Chesapeake Bay demonstrate the need for a cleaner, healthier river. With a few notable exceptions, federal and state laws and regulations contain the tools needed to restore water quality. The problems are caused in large measure by failure to enforce the Clean Water Act and other environmental laws and regulations effectively and aggressively.
Social
Website
GivePulse
1 Person | 0 Impacts | 0 Hours 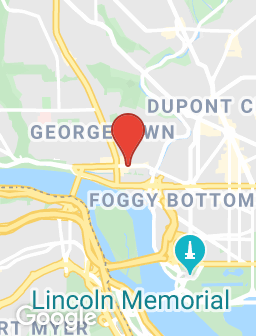