Victoria Orrantia Velez posted on April 26, 2019
The showcase presentation that was the most impactful to me was the food insecurity in DC showcase.
Although I already knew some of the information because of the class presentations, it was still very shocking to hear about the lack of supermarkets and food sources in certain wards. For example ward 7 has two supermarkets for way too many people which makes it difficult for people to get there and have a close by food source. I enjoyed this one because I did my service in Martha’s Table which helps to combat food problems in DC.

For the sessions I attended the Last Call one. I found it very informative and it is a very good and needed initiative here. To be informed that almost half of the food goes to waste was very shocking because there are so many people without a food source and there is so much food to spare that is not being used
Add a comment

Rachel Talbert posted on April 25, 2019
Admin
Symposium Questions for Class Credit
Question #1 Which showcase presentation was most impactful to you and why? (Be sure to upload a picture)
Question #2 Which of the six sessions did you attend from 2:30-3:30? In your session, what was something new your learned about community engaged scholarship?
Add a comment

Rachel Talbert posted on January 25, 2019
Admin
Hello BADM 1002 Students! If you need help finding a place to serve this link from the Nashman Center has multiple pages of organizations that GW Students have served with in Community Engaged Classes there are also links to each community partner's website so you can learn more about the organization and opportunities that they have for service https://gwserves.givepulse.com/group/affiliates/128546 feel free to reach out if you have any questions.
Add a comment
178291777417449
Add Impact
Andrew Robinson
Andrew Robinson
Faculty
Contact
Dr. Española
Dr. Española
Faculty
Contact 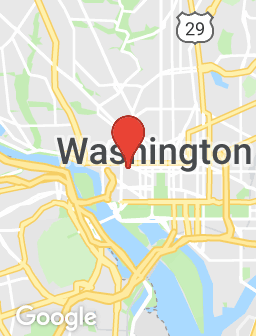