There were a lot of presentations that I attended, but I found the student's presentation about the struggles of senior citizens in various wards of D.C. to be the most impactful. In particular, I thought a group focusing on Ward 5 did a good job. The focus of their study was on issues that individuals face as they age in the city; these primarily had to do with health services and food availability, which were lacking to begin with in Ward 5. The aging process exacerbated those issues. I think the students did a good job highlighting this often overlooked community.

I attended the same session from 2:30-3:30 that everyone did: Social Change as Good Business. I think the biggest takeaway from the two speakers was to let things stop you from working to put your vision into practice, even if you are unlikely to succeed. Both of the speakers had visions of solutions to problems, and simply worked to implement their solutions. They were both very successful, but it was evident that one can still learn a lot just by making the effort, which might mean the next attempt is more productive.
Add a comment

Rebecca Pineda Bohorquez posted on April 26, 2019
Question #1 Which showcase presentation was most impactful to you and why? (Be sure to upload a picture)
- I listened to a lot of presentations, as they were all very short. But, the most impactful one was about Ward 8 and food insecurities. They talked about how in Ward 8, they only had one grocery store, which was mind blowing knowing that it is one of the biggest areas of DC. The presentation was impactful because it shows just how lucky we are to be in Foggy Bottom and to have multiple sources of food. It was also nice to know that big companies, like Lyft, are taking action, offering discounted rides to the grocery store, especially to seniors who have disabilities or whose homes are far away. I was not informed that we had to take a picture.

Question #2 Which of the six sessions did you attend from 2:30-3:30? In your session, what was something new you learned about community engaged scholarship?
- I believe it was only one panel that everyone saw. The most important thing that I learned was that a big thing can come just from a small idea. In freshman year of college, you might think that everyone has their situation figured out, but it turns out everyone is on the same page, but you still need to work hard for internships and jobs. I also learned that it is important to take action in any idea you might have, as it may turn out successful, like the examples shown in non-profits. Community Engagement and being aware of social welfare is also a big part of getting internships and jobs, and with experience it might boost your chances of getting one.
Add a comment

Yimeng Lu posted on April 26, 2019
Question 1:
The most impactful showcase presentation for me was the one about food insecurity in District of Columbia. They compared the amount of grocery stores in Foggy Bottom and Ward 7. Unlike many stores in FG, there are only 2 stores in Ward 7 residents. I was surprised at the huge differences between the grocery stores in different areas in DC. I learned that there are actually many organizations in DC that helps with the food insecurities.

Question 2:
I attended the session called Beyond the Service- Social Change as Good Business. This session was basically talking about the food waste. This problem is addresses that 40% of food in the US is wasted now. It said that donation could be one of the solutions, but it’s really hard for businesses to do. One of the speakers helped solved this issue and she said that there are 643 million meal wasted and 4 million Americans reporting that they have experienced food insecurity. Founding Farmers is one of the restaurants that is working on food waste. They are helping reduce their food waste and increase their revenue based on food waste elimination.
Add a comment

Rachel Talbert posted on April 25, 2019
Admin
Symposium Questions for Class Credit
Question #1 Which showcase presentation was most impactful to you and why? (Be sure to upload a picture)
Question #2 Which of the six sessions did you attend from 2:30-3:30? In your session, what was something new your learned about community engaged scholarship?
Question #1 I tried to upload my picture but gwserves is not letting me. I went to the showcase presentation about the interaction between intellectual disability and cerebral palsy. It was really interesting to learn about how ethnicity is relevant to that issue. The White and Non-Hispanic population is greatly affected, way more than the Hispanic and Black population. It was impactful because I have worked and done service with kids who have autism and disabilities. It felt very relevant to me and I understood how some of their behaviors just made sense. It is interesting to see that there is a possibility of co-occurrence meaning that two very different disabilities can happen at the same time. Question #2 I went to the session about the Community Engagement Consulting. Something I learned about Community Service is that it can be paired with business components such as Consulting. A GWSB student created CEC (community engagement consulting) and is now working with service sites and doing consulting for them. He explained how business-related skills can be applied to the community engagement field. Also, another student who graduated opened her own business called "Last Call". Its mission is to fight food waste as well as food insecurity. I found this really smart and useful and again combining two things and achieving two amazing goals. I learned a lot and will make sure to use all the resources available to continue to serve my community while studying business. —

Rachel Talbert posted on January 25, 2019
Admin
Hello BADM 1002 Students! If you need help finding a place to serve this link from the Nashman Center has multiple pages of organizations that GW Students have served with in Community Engaged Classes there are also links to each community partner's website so you can learn more about the organization and opportunities that they have for service https://gwserves.givepulse.com/group/affiliates/128546 feel free to reach out if you have any questions.
Add a comment
1786617824178231776317439
Add Impact
Jennie Whitlock
Jennie Whitlock
Faculty
Contact
Dr. Española
Dr. Española
Faculty
Contact
Andrew Robinson
Andrew Robinson
Faculty
Contact 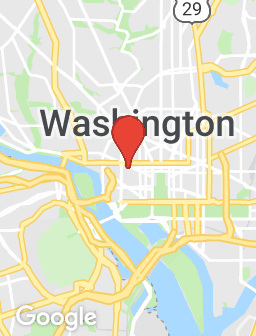