This class has been closed and is no longer open.

Nicholas McRae posted on April 26, 2019
The showcase that was most impactful to me (although I can't seem to upload the picture) was about gentrification, specifically in Ward 5 of DC. I had never realized the large impact that the development of DC was having on those that have lived here their entire lives. Because of the development, rent prices are going up and the area is hard for them to live in. This group proposed reasonable development that encourages leaving many of these communities in place or developing communitied in a way that is respectful to the already established groups of people.

I went to the session that had CEC and Last Call for Food present. I learned that there is a lot of money floating around to be claimed if you want to work on new projects here. Last Call for Food was especially cool as it provides students with low cost food that restaurants want to get rid of at the end of the day. They just won a lot of money in the New Venture Competition whicb is very impressive.
Add a comment

Maggie Sexton posted on April 26, 2019
I attended the journalism session and got to watch a few documentaries about the DC community. These documentaries were made by students in SMPA. The first one was about the sexual abuse scandals in the Catholic Church. The second documentary followed a transgender sex worker and demonstrated the danger sex workers are in. Watching these documentaries really showed how so many issues are relevant in the DC community. It is so easy to forget about real problems in the world in the foggy bottom bubble.

I attended the panel that featured Last Call and Community Engaged Consulting. One thing I learned was how easy it is for our ideas to get funded here at GW. Both of these amazing organizations were created by GW students just like us. Both of the speakers were not much older than me, so it was so inspiring to hear about their journeys.
Add a comment

Rachel Talbert posted on April 25, 2019
Admin
Symposium Questions for Class Credit
Question #1 Which showcase presentation was most impactful to you and why? (Be sure to upload a picture)
Question #2 Which of the six sessions did you attend from 2:30-3:30? In your session, what was something new your learned about community engaged scholarship?
Add a comment

Rachel Talbert posted on January 25, 2019
Admin
Hello BADM 1002 Students! If you need help finding a place to serve this link from the Nashman Center has multiple pages of organizations that GW Students have served with in Community Engaged Classes there are also links to each community partner's website so you can learn more about the organization and opportunities that they have for service https://gwserves.givepulse.com/group/affiliates/128546 feel free to reach out if you have any questions.
Add a comment
17792177871776117437
Christopher Oliver
Christopher Oliver
Faculty
Contact
Andrew Robinson
Andrew Robinson
Faculty
Contact
Dr. Española
Dr. Española
Admin
Contact 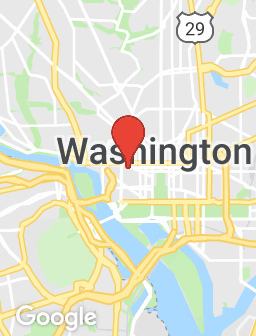