Chartered on November 18, 1894, the Alpha Nu chapter has seen the growth of The George Washington University and the District of Columbia over the past 120 years. Alpha Nu has put forward notable KAs such as Knight Commander of the Order Howard Palmer Locke (considered to be the founder of modern KA) and FBI Director J. Edgar Hoover. For almost 60 years, the chapter was a mainstay of the GW Greek community: we had IFC Presidents, newspaper editors, and leadership positions across campus. When World War II broke out, numerous brothers joined the military to fight under KAs such as General George C. Marshall, Rear Admiral Richard E. Byrd, and General George S. Patton. After WWII, Alpha Nu became one of the most successful chapters in the Order. During the 1960's, Greek Life as a whole at GW waned and Alpha Nu could no longer sustain itself. For almost 50 years, the chapter laid dormant. In 2008, the chapter was re-chartered and in 2012 it was reinvigorated. Now, in 2015, our 68 brothers stand shoulder to shoulder to better ourselves and our community.
Social
Website
Causes
Community General Education
GivePulse
11 People | 16 Impacts | 71 Hours | 0 Dollars | 1,661 Total Economic Impact 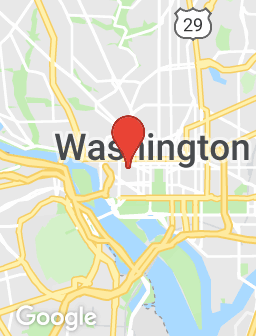